What others have to say

Grape varieties that hardly need any pesticides: Sounds utopian, but it's reality.

It's just that it is difficult to make good wine from it. We still have recommendations.

Extract from the above article about what Gero von Randow has to say about Walk wines.

However, a wine from Ireland took the cake. You read that right. Ireland. There, the German winemaker Thomas Walk cultivates a grape variety that was originally bred in what was once Czechoslovakia and then further developed by the legendary "Reben-Becker", the vine researcher Helmut Becker at the Geisenheim university location in the Rheingau.

The variety is now called Rondo. After several attempts with other varieties, Walk only cultivates these. Rondo's vines could be attacked by so-called "downy mildew", "but we don't have that," says Walk. He does not use any pesticides at all.

What about the wine? I especially liked the 2013 Ruby. The bouquet is spicy, almost fleshy, you can also make out some cherries and a cigar box. In the taste black currants, blackberries, sour cherries, sandalwood in moderation, in the aftertaste a nuance of smoked ham. The wine matured in steel tanks is complex, but not a taste bomb, but fine and reserved. Only eleven percent alcohol. Quite old European style, one you could say, and now that I'm writing about it, I would like to open a bottle again.

I have already tried many innovations that wanted to surpass the existing. Heavier, more powerful, more loud. Higher faster further. That was almost never fun. Walks wines are different, they stand for themselves, non-conventional. That's how it should be.

Got serve your wines last week. They are very good, they were enjoyed by all. You’ve done yourself and the vineyard proud. Medal or not. I can’t wait to open another bottle. 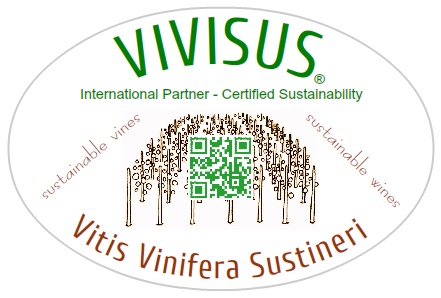